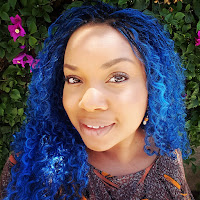 I am back in the saddle again folks and you know who put me there? Billie Eilish. It was her nine, and according to some sources, ten nominations that drew me to an award show I have not watched in years and this goes for the majority of award shows including the American Music Award, the Country Music Awards, The World Music Awards, The Grammys, The Latin Grammys, The Emmys, The Oscars, and so on.

Considering the fact that I am a Gen X-er, I was not sure what to expect. I have always loved music deeply and the award show was the best and most inspiring part of being a music lover. Although I am nearing the finish line of my education as a music student, my head had been buried in the sand since 2016. My time was spent staring at sheet music, drawing circles on lines, studying for my general education, and traveling with choirs. My awareness of pop culture and who today's artists were had been completely lost. It was not until this passed summer of 2019 that I dove heavily into the ocean of the current music industry discovering artists like Lizzo, Sabrina Claudio, Tyler the Creator, Rosalia, Tierra Whack, and so many more. Not only that, but somehow, after commencement in June, I became a serious concert goer, as I did not do this before. I attended Billie Eilish's concert at the Shrine, XXL Freshman Class to see Tierra Whack at LA Live's Novo Theater, and recently the iheartradio Music Festival Daytime Stage in Las Vegas to see Billie Eilish and H.E.R. I discovered Billie Eilish before them all though, in the Fall of 2018, and she was very instrumental in pointing me in the right direction toward great artists and by the time the VMAs came around I was just as excited as the time when I was 16.

Might I say, the MTV Video Music Awards did not fail me and at the closing of the ceremony I was wowed. I sat at my computer thinking about how I felt relevant still. It did not feel like I missed a beat at all. High school felt like it was just yesterday. This feeling was attributed to Missy Elliot being honored with the Michael Jackson Video Vanguard Award, an award presented by today's female rapper Cardi B. Facts! That relevancy was upheld with the final tribute to hip hop which included Queen Latifa, Naughty by Nature, Wyclef Jean, Redman, and Fetty Wap, artists that took me back a couple of decades, but have set the path for millennials and Generation Z entertainers ruling the music world today. Not only that, but having personalities like John Travolta, Peppa from Salt and Peppa, and Lenny Kravitz present awards showed me that although it has been a while since I'VE seen an award show, not much has changed. In many ways MTV still has a good head on its shoulders honoring its veteran artists.

Here is another beautiful moment. The win for Billy Ray Cyrus and Lil Nas X for "Old Town Road". Two individuals generations apart but brought together by a situation of discrimination. Yes, it still happens in the music industry which is why I can easily think that the "old" artist is obsolete because in my time to start at 24 was old and a size 2 was everything. Not anymore. Look at Janet, Cher, Madonna, and Mary J. Blige to name a few. These careers are still strong. You can be an all around artist, any size, and you don't have to be in the Disney kids club to make it. You can also be Lil Nas X whose song was made popular through an app, yet those big wigs are so resistant to change. Thank God for Billy Ray Cyrus, a man of integrity and morale who saw an opportunity to support a young kid who was simply trying to get a few emotions off his chest. With Cyrus on board the industry had to take Nas X seriously and it paid off.

Speaking of Cyrus. How about that Miley. She gave a heart wrenching and passionate performance and it was the most moving of the night for me. First off, she is a specimen of a human being with those long legs and arms, those broad shoulders. I recently watched her doing a yoga routine on her Instagram story. No wonder. The woman is an art piece. So is her voice. Genetics as well as facts! Her performance changed my life while Missy Elliott's was the most exciting to watch. She showed every artist of today how it was and is done and there was not a g-string in sight. I cannot say the same for Megan Thee Stallion and her outdoors performance. People like her, I know. I have not delved into her music yet, but I will. However, I only remember there being something about fishnets and ass. The song? Far from my memory as parts of my childhood. Don't get me wrong, there were some shockers in my time, but looking back you find it all tasteful, like Lil' Kim and the lavender jumper and nipple cover, Toni Braxton and that "white dress", and J Lo with that beautiful tropical low cut and flowing Versace dress. It was the kind of sexuality that made news, including the butt wars, but at least they were covered in denim.

Spanning the audience whenever the cameras captured them I saw a wide variety of demographics, 20 and 30 somethings, seasoned music executives on the floor with their guests. Of course the true stans were in the balcony which they usually are screaming the loudest and most likely the youngest. Overall, it was a beautiful show. I was revived and happy to see that the world of music has changed but has also remained the same. MTV mixed in the new with the old and it was fabulous and classy. The show was very well thought out and I was pleased with all the artists chosen to perform inside the venue including the Jonas Brothers who were in a different location. Congratulations to Billie Eilish for her three wins. The fandom as a whole is so proud.
No comments: