Let me just be real guys. Award shows need normalcy and audiences, period. I know we are living in a 'head cocked to the side with a frown kind of time', and because of it nothing carries the exciting energy it needs to, especially in music and entertainment.

Last year I attended the American Music Awards, an experience I will never forget, AND by miracle if I am to testify! As always my driving force is the beautiful Billie Eilish of which I am always rushing off across town to see whenever the timing is right. 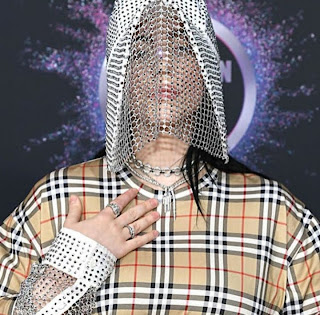 Because she stays at the forefront of my heart I knew in my gut that if I drove from Anaheim to L.A Live in Downtown Los Angeles that Sunday, with no ticket, only faith and hope, that I would get into the award show to see Billie perform live. And I did. Right at the moment when I thought all hope WAS lost a young lady walked up to me and offered me the golden VIP ticket and invited me to join her and her two girlfriends. Just like that I was living inside of a dream, VIP orchestra, red wine and Sprinkles cupcakes. What was even more fantastic was that we were sitting by the left stage entrance where Billie and Lil Nas X walked back and forth and we screamed for them every time and they waved to us in return. It was a blast. Over the years I have learned to live life by my gut and in doing so I have experienced miracles every time. My only regret was that I should have gone to talk to Billie, Lil Nas X and Regina King during the commercials. Those were the people I wanted to see and I kept telling myself I could go at the end, but that turned out to be a failed mission. I was unlearned, but well, I learned.

This year, I sat in my living room and watched the AMAs alone while reminiscing on last year's fantasy come true. So much can change in one year, can't it? While most of the performances felt like a dress rehearsal, artists like Justin Bieber, Shawn Mendes, Katy Perry, and Billie Eilish really brought the show to life, even if just to a TV audience and a small group of fans high up in the balcony, which I felt could have easily been physically distanced on the orchestra level for the sake of performers feeling their energy more. 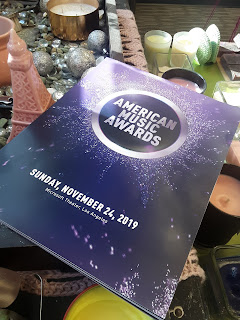 Taraji P. Henson, and her character "Cookie" from Empire was necessary and needed. Her animated fashion and hosting style was the perfect combination to keep the small in-theater and Tv audience engaged. Of course I was thinking, "Hey, how did those people get the job of quarantine audience?" lol. Too bad. I was not on top of my game this time around. Successfully, Taraji entertained Jay-z and Beyonce cutouts, the fans, and the TV audience. The woman is multifaceted okay!

Let's talk about Justin. Justin, Justin, Justin. I was not sure what to expect from a COVID award show not done on sound stages then pieced together. Let me just say that there are entertainers who absolutely need an audience to make for a great performance and then there is Justin. As I sat there watching him open the show, with every moment, every movement, every note sang, my eyes became more and more wide. Truth be told, I felt the Spirit of God! I don't care whether fake or authentic as some people would assume. He is intentional and I am sensitive to spiritual things and a positive person seeing the glass half full. Man oh man, Justin sang his ass off with so much heartfelt emotion and contemplation. This is the head space he is in right now. As you listen to his latest releases you get a sense that he's been thinking a lot about when he entered the music industry. He is writing and singing about issues of loneliness and of growing as a person and I am loving every minutes of it. It's honest, healthy, and nurturing to my mind and brings peace to my thoughts. I feel I am not alone in my own contemplation of my life. He and Shawn Mendes together? Literally, a dream and their voices fully compliment each other. By the end of the opening performance I was overjoyed, shaking my head, holding my heart, which was filled with so much satisfaction. I had an entree´ already and could have went to sleep after that, but my main reason for watching was to support Billie and her performance. 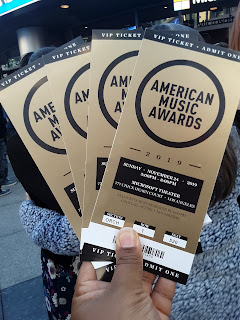 Returning from commercial with Henson's announcement of Katy Perry, I was expecting a very Katy performance as I should. I am a huge fan and she never disappoints. The minute she opened her mouth and began singing "As the Deer Panteth" I nearly fell out on the sofa. "As the Deer Panteth is a worship song I sang many times in church and is one of my all time favorites. I also thought, "What is going on here? These artists are filling me up with the church I did not know I needed!" And just like that Katy touched me with a moving, stripped down performance of her new song that, again, was honest. Between Justin and Katy I felt like I was experiencing what music was and is always supposed to be, about the lyrics and the authenticity of the artists' message, or the celebratory aspect. Sure, there is a time for lots of bling and flashing lights, but the singer/songwriter style never gets old.

Here's is what I love about Billie. While there was no audience to interact with, which I know she loves, she, Finneas, and Andrew, the drummer, gave the most fun and easy going performance of the night that did NOT feel like a rehearsal run through. I have been to her concerts and have seen how professional and hardworking the family and crew is as a whole, so whenever I watch Billie perform, whether real life or a computer screen, I know she is giving 210%.

Ultimately, she wants to be proud of every performance she gives and it shows. I loved the staging, the fire red, the camera angles and frames. I loved the closeups and the planned backwards fall from off the steps. Pure gold. Her music always hits well live and a lot of that is attributed to having a great drummer like Andrew. The acrobatic stunts always remind me of how athletic she as I sometimes forget. What a beauty and a talent all the way around. I am waiting for the day when Billie sings while doing Ariel Fabric dancing. Yes, I know Pink has done it, but I would love to see Billie do it as well.

Shawn Mendes. His voice. His musicianship. His dedication to music. He was not lame and never will be. That is all.

Meg the Stallion was lame and so was The Weekend, who actually needs a long vacation and hopefully there is a rehab located there. I mean, I sat watching in confusion, thinking about how far from relative these performances were to the climate of the times. I had a "read the room chile" moment and literally, I hate when people say that. But it's true. It showed the difference between those who are more engaged inward and those who have a little more awareness of what is going on in the world and how, as artists with large platforms, they can play a small role in helping to ease the minds of many. Artists tend to fall into that responsibility when they have so many fans looking up to them with admiration. So to me it is important to be conscientious of how ones exhibition fits and I found them to be in another headspace.

But let's talk about the cutest performance of all. My guys, Bell, Biv, DeVoe. Come on guys, they were cute. You know it. Like, grandpa cute. The kind of cute that was really happy to be on stage, with their cute little Five Heartbeat moves. Now you know they have my full respect. I was so in love will DeVoe when I was a little girl and as a matter of fact, New Edition at The Forum in Inglewood, California was the first concert I ever attended in my life!

Overall, Justin, Shawn Mendes, Katy Perry, Billie Eilish, and Taraji P. Hensen made the Quarantine American Music Awards ceremony what it was for 2020. I am so happy I had the opportunity to attend the award show during a time before all of this craziness and I pray thing get back to normal where there is no COVID and music can reign the way it should.

Hello all! I just posted a new Youtube video showing how I make my vegan flax seed and oats snack. Go now and be sure to subscribe to my channel. Thank you! 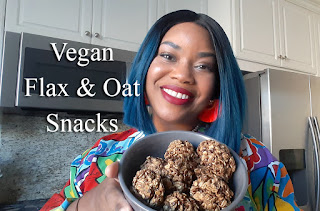 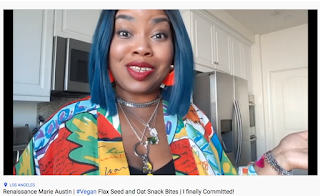